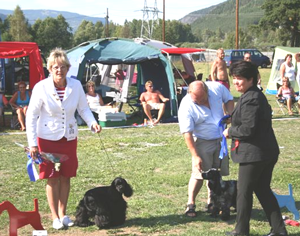 an Irish setter, and two years later a Gordonsetter arrived.

At the end of 1982 I learned to know Kari Haave, kennel Travis. As such I got interested

in the Cocker. I was working with Kari as a kennel made, and she taught me a lot about

the breed, and about running a kennel.

In the midst of  the eighties, I  bought my first Cocker Spaniel a black & tan dog:

I moved to Norway in 1999 with my two children Sofia and Jonas.

We live in Høyjord, a community 25 km north of the city of Tønsberg.

Here in Norway I met my spouse Åge, and together we are running the kennel 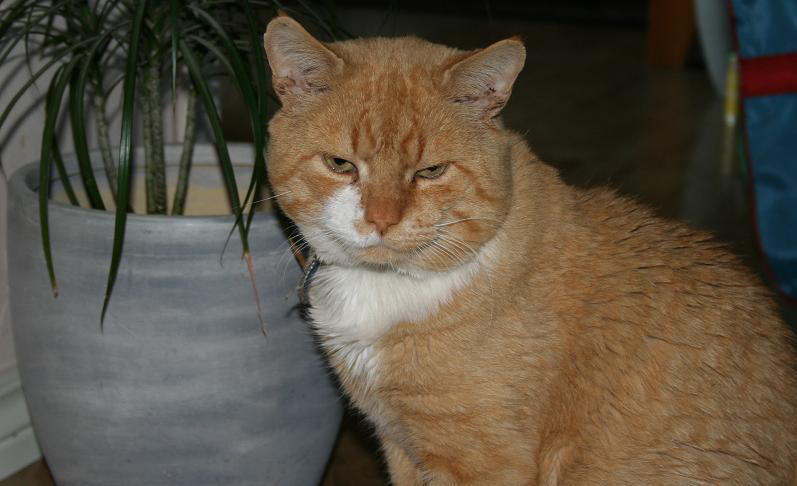 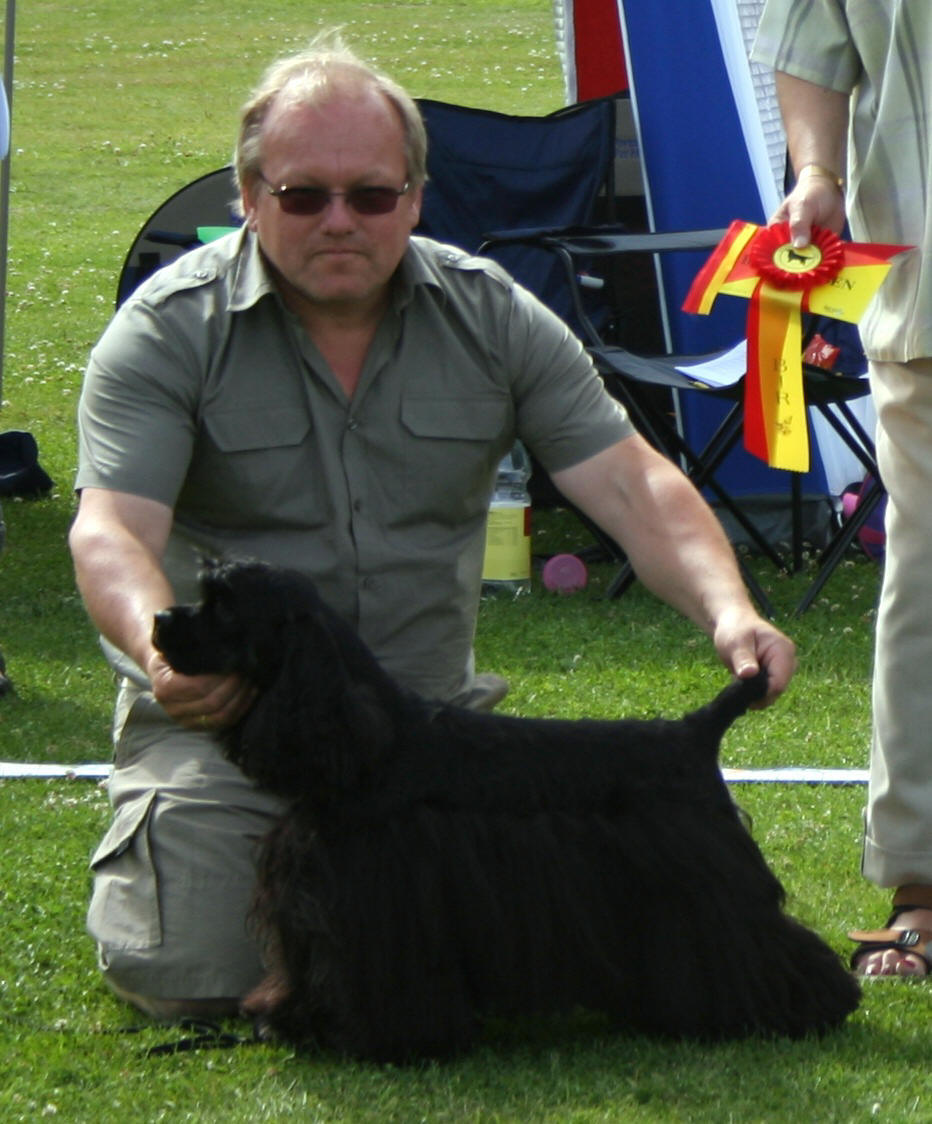 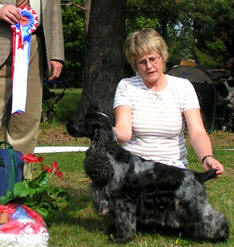 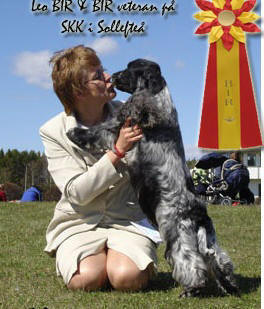 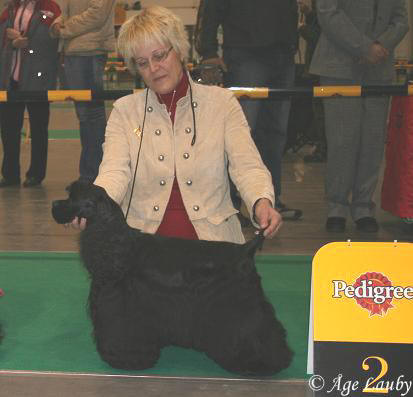 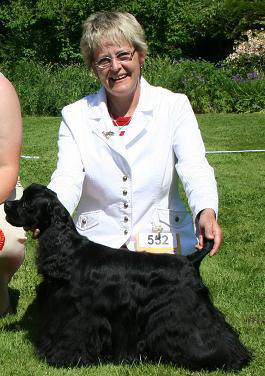 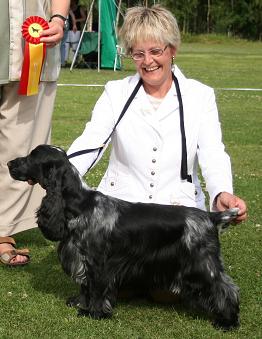 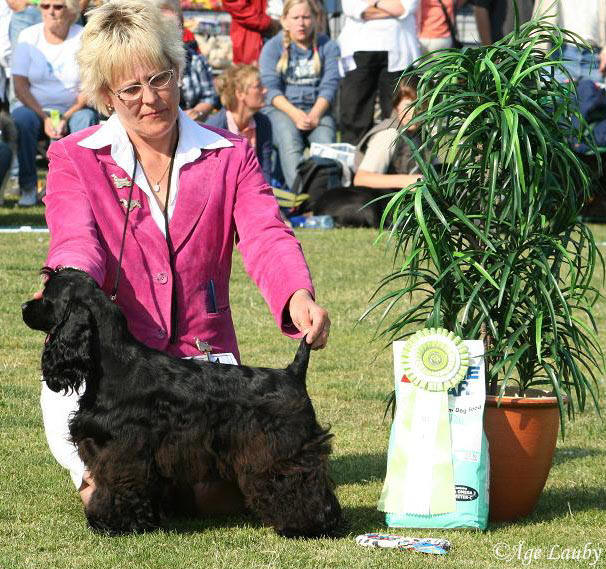